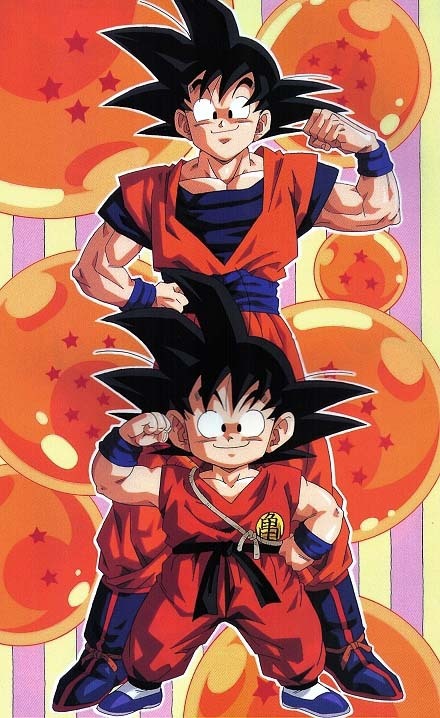 Goku; charming as a boy, a legend as a man.Merry Xmas to you all, I hope that you’re enjoying the holidays with your friends and families.I wanted to write this blog post in regards to the influence Anime has had on me these last few years, most notably on Hajime no Ippo, Naruto, and not forgetting DragonBall Z of course as that’s where it all started for me.In the West, animated cartoons have mainly been aimed at children and in the last 10-20 years have become more and more popular as a form of satire for a more mature audience.

Why don’t we have a British equivalent? Hmmm…However, in the East, or at least in Japan, the medium of cartoon has long been a medium to express deep, meaningful drama that cover a range of topics that ultimately all have to do with the human condition, all of which gets wrapped up with tongue-in-cheek humour and giant inter-dimensional talking ninja toads.

When in doubt, do a Kuchiyose no jutsu!To the untrained eye, Anime just might appear to be juvenile fantasy nonsense for children, but it is in fact so incredibly deep, that Anime often demonstrates the power to move your soul in a way that few films or books ever do these days. Whatever the medium, art can convey incredible ideas and inspire our greatest hope, ambition and the courage to see them through, and Anime does this in immense proportions. In many Anime shows, the main protagonist is a plucky underdog, sometimes not liked or ever taken seriously by others, and always accompanied by a good looking rival that everyone else likes much to their chagrin. If you ever feel that you’re up against the odds in life, been overlooked by those around you who seem to win the favour of everyone else whilst you only earn the scornful looks of disdain and disgust, then there is guaranteed to be an Anime character that you’ll relate to.

Alone and unwanted.It all started for me with DragonBall Z, the sequel to the DragonBall series that only made it to the wider West after the sequel itself had found loyal following on Cartoon Network. The main character was Goku, an alien humanoid that was sent to Earth as a baby so that he would destroy the planet and prepare it for colonisation by his race who would follow later. However, he crash-landed on Earth and was raised by a man who cared for him and because of this he learnt compassion and love, and grew to vow to use his powers to protect everyone. Goku grew up and attracted the attention of many villains who understand that they must destroy him in order to conquer Earth (or any other nearby planet they fancy), with each battle, Goku becomes stronger and even wins over the hearts of his enemies to change their ways, but only when he sees one of his friends die in battle, does he dig deep and reveal his true power and becomes a Super Saiyan.When faced with an unforgiving enemy who waged death and destruction, Goku watched his friend die before realising that he had to find a greater strength if he was going to save everyone. And with the pain of watching his friend get killed, realising that he wasn’t strong enough, he used the pain to fuel his ascension into becoming a Super Saiyan; a metaphor for our own inner strength that we can only access when we dig deep into our desires and find it deep in our souls. DragonBall Z was my entry into the world of Anime, after this my fascination with these cartoons got a bit deeper and I started to realise how moving Anime could be. Anime is by its very nature very optimistic yet grounded in the realities of our human shortcomings of fear and greed. Through the characters, I related to the problems and became inspired to be courageous in the face of adversity and become stronger than whatever challenge appeared.

Ippo combined Mike Tyson’s “Peek-a-Boo” style with Jack’s “Dempsey Roll”. I used to do this as a warm up before gigs.In the depth of my depression in 2006, I started my road to recovery with an Anime called Hajime no Ippo (loosely translated means “One of many steps”), in the West it was known as “Fighting Spirit”, but because I am a pompous Shinnichi (Japanophile), I prefer to refer to and watch Anime in Nihongo (Japanese). Hajime no Ippo is an Anime about Boxing, the main character is Ippo Makanouchi, a young introverted boy with no friends who gets bullied a lot. One day, a local Boxer saves Ippo from being beaten up after school, Ippo then decides to want to learn to defend himself and takes up Boxing. Through the Boxing gym, he makes friends and earns respect, his life changes and his dream then becomes to one day be the Japanese National Featherweight Champion. I used to watch the show and felt that Ippo’s life kind of related to my own problems at the time, so I latched on and found it incredibly inspiring to watch. Maybe my own inner introvert could find a channel to pursue his dreams, so I would dash home after my minimum waged games testing job to watch as much as I could to help me become mentally stronger and inspire me take my own “One of many steps” towards my own dreams.One of the most profound things I have learnt from Anime is that the main protagonist is a plucky underdog who has little choice other than to go up against immense challenges to find any joy or purpose in life. These characters are the perfect example for someone who feels out of touch with the world, as they can be related to.

Naively optimistic with grand ambitions, that’s why I love Naruto.The best example of this is in the Naruto Anime. A petulant brat that annoys everyone and which none of the girls at all fancy, Naruto decides that his ambition is to become “Hokage” (the most powerful ninja and village leader) when he grows up so that he will be acknowledged by everyone that shuns him and so that he can protect everyone. As the series progresses, Naruto’s shortcomings and the scornful attitudes of those around him change as they realise that his ambitions are truly selfless, Naruto effectively becomes mightier than his problems, and his fortunes and the attitudes of those around him change in his favour. Naruto always focuses on what he can give (except when he wants to eat ramen) and his example in giving unconditional love brings him and those around him joy as he forges the path in alleviating pain and ushering in peace to the cursed ninja world of war.Maybe I’m wrong, maybe it’s all nonsense, perhaps these stories of inspiration, having ambition and being courageous are of no value in our everyday lives of having to wake up, go to work, earn just enough to live off and then do it all again the next day, every day until our flesh perishes on this mortal plane. Or maybe I might be a little right, just maybe a little, if you have a dream, work hard and smart, and never ever give up… maybe then, dreams do come true… 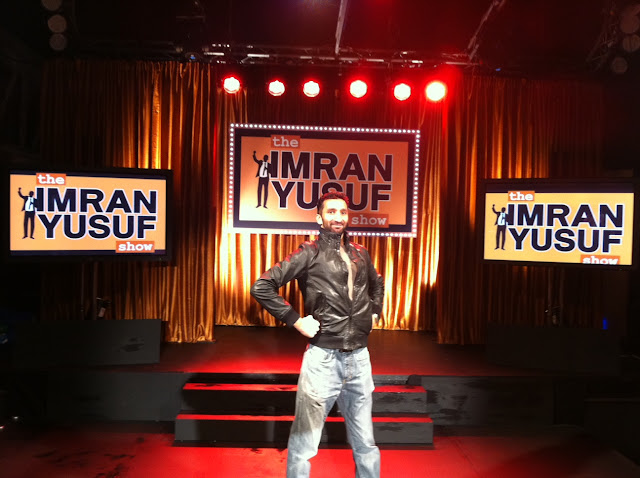 Sneaky photo I took on my phone the day before we shot the show… see it on BBC3 in 2012!