The Comedy Store now have a state of the art, brand new venue in the country of the fastest growing economy in the world. Yes, that’s right, English speaking comedy has come to India! 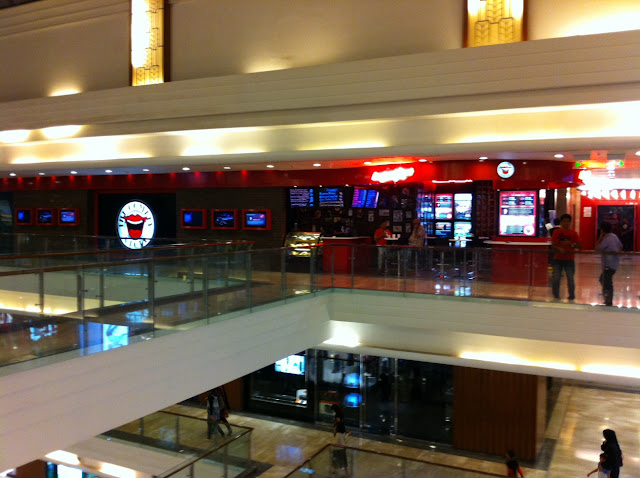 The most famous brand of stand-up comedy club in the world has come to Mumbai, not only as a comedy club, but as a bar, restaurant and club for party goers. Situated in a very nice shiny shopping mall all the way on the top floor sits the new comedy club with the familiar branding and set-up of the London and Manchester clubs in England. Run by British owners, yet the staff are mostly Indian and extremely helpful and polite, sometimes it feels like being treated like a celebrity.I’ve only been here a few days and it is my first time in India, and it is probably the first time anyone from my family alive today has spent any time in the country since my Great Grand Father took the entire family and left for East Africa all those years ago. I have some heritage here, but only a little, most of my family has been in East Africa for a long time now and they consider that as home. I spend most of my time in the hotel, which is very nice, and spend my time chilling with the other comics, eating, going to the gym, swimming in the pool and trying not to evaporate into thin air in the sauna.Mumbai is growing, the divide between rich and poor is sharp. The affluent and poor are so easily definable by such a visible contrast, and the inherent prejudices that come with such paradigms of identity also mean that the poor are prevented from even entering the mall. Whilst many have jobs and can afford a life that many of us in Britain take for granted, the poor must simply work for food or die. As we drive towards the gig, we pass the millions of people who live here, some of them taking the train, some of them working in shacks that can sell you shoes for £2, repair your computer or even cut your hair in the street! The worst off are the vendors who squat for hours, even in the torrential rain of India’s monsoon season, selling fruit, vegetables, or mass produced items like combs. Sometimes I notice that if I smile and say ‘Hello’ to any of the cleaning staff in the hotel or in the mall, they are shocked that I am even talking to them. There is no welfare here like we have at home, you simply have to hustle for a living, and if you’re lucky enough to be born into the right family, it can make the difference between living in poverty or living the conventional lives that many of us can easily attain at home in Britain. It’s not all doom though, it’ll pass to some degree one day. As India continues to grow as the fastest growing economy in the world, all eyes are on this part of the world and on China as the next big thing. So if you;re reading this, it might be a good time to learn Urdu/Hindi and Mandarin. Or ladies, marry an Asian guy…. ;-pThe gig itself is AWESOME! Indian audiences love English speaking comedy, they understand 99% of our British references, they love international politics, they love naughty comedy (sex), but they don’t do blasphemy here, which is a bit of a relief because sometimes on the British circuit, that topic seems to be over saturated with a real hate. However, the local rivalry here in Mumbai is with anything to do with Pakistan, which can come off somewhat potentially as perceived racism in a way, but this is all new to me as I am experience brown on brown prejudices in the homeland of brownness. What is very intriguing though is that Indian audiences LOVE having their accent mocked. I’ve seen the fantastic Simon Bligh and Paul Tonkinson talk about their experiences in India, mimicking the local accent to a very receptive Indian audience who applaud such comedy. It’s all in good nature, more observational than mockery really, it’s hilarious to watch British comics and Indian audiences celebrate their difference in such a way that has never seen the light of day anywhere else before!The audiences are 99% Indian, with the rare appearance of a European or specifically of a fellow Brit who chimes in on the British references and allows me to feel more at home as a result. There is often a local Indian open spot act who does about 7 mins before the closing act. These guys are good, they work hard and do their comedy in English and the audience love them just as much. I sit at the back of the room after my set and watch the show from the audience’s perspective, and it is such a joy. Everyone is their to have a good time, not to get drunk and heckle. All the acts get a lot of love and when Indians laugh, they really go for it. I couldn’t help but feel that this is what comedy is all about and that all comedy clubs should be exactly like this.I’ve been freestyling my sets a little, using various routines from the bank of material I have built up over the years, and also pepper my sets with asides in Urdu, which always go down a storm here. It’s early days, I’m just into my first weekend and there is more to come, so I am enjoying the experience and writing loads of new material as a result.So, yes, I am having a great time. I’ve wanted to play he Comedy Store since I was a teenager and now about 15 years later I have made it not only to the Wembley of comedy; which is the Comedy Store in London, but to the brand new one in India that is bringing something new to the masses in a live environment exactly like the original Comedy Store did in London over 30 years ago and changed the face of live comedy for ever. 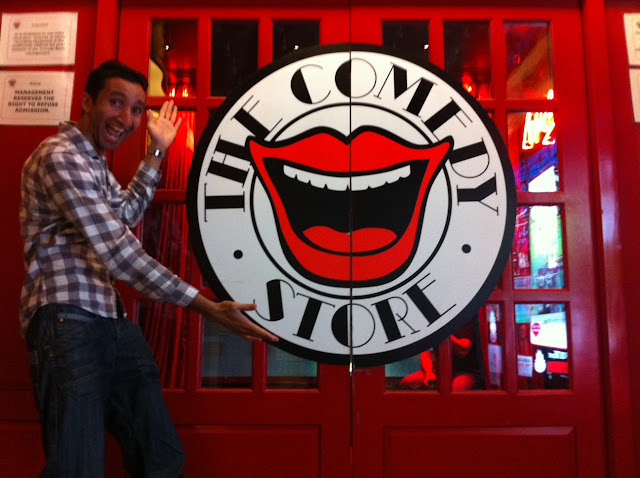