In my experience of the personal development scene, I learnt of this famous saying –“If you fail to plan, you plan to fail”. Having a positive attitude and a goal are very emotional processes, it takes imagination and self-belief, which is critical to your success. However, the next part; strategy, is all about moving things into the area of measurements and critical thinking, planning your success is actually very scientific.

Genius, full stop.I had all the self-belief in the universe and the ambition to become a video games designer for Nintendo, a dream I have held in my mind since I was eleven years old when I got my very first home console; the 8 bit NES with Super Mario Bros and Duck Hunt. I spent all of my years in high school playing my Super NES and Street Fighter 2, neglecting academia and instead trying to perfect that 4 hit Dragon Punch combo. All I wanted to do was make video games (when I wasn’t at Karate classes) and despite voicing this to the school careers advisor, there was next to no resources or advice in the school environment to put me on the right path, so I continued not doing my homework and playing more video games. I managed to get into doing GCSE Information Systems, but was kicked out after a couple of classes when the teacher realised that I had no idea what I was doing. Regardless, I had a burning passion to make video games and that alone would ensure I was never going to be deterred from making it into the video games business, I was emotionally charged with all the right stuff to make my dreams come true.However, I did not have a scientific plan to take those emotional assets to help me hone my skills and use them effectively to earn my rightful position as protege to the legendary Shigeru Miyamoto. I dreamt of spending every day gleaning from his creative genius yet humble persona, learning about his design philosophies and perhaps running out to the Lawson’s outside the Nintendo HQ to get him some Pocky or a Pocari Sweat. However, I failed to plan, thus the plans to my failure had been made. I did make it into the video games business and even enjoyed some relative success, but to this day I have never met Miyamoto :-(Be careful of getting excited just because you’re in the right business or environment, this is where a lot of dreams are broken due to lack of planning. Just like your goals, your plan must also be written down, except it must be broken down into the most minute detail of every step you intend to take and factor in contingency plans if things don’t go to plan. In that event, you must have other avenues to explore to keep you moving at all times towards your goal.In order to get your plan started, you must ask yourself a series of important questions that will help. What steps can you take to get what you want? Who do you need to talk to that can help you get what you want? What do you need to learn to get what you want? To give you a relative example, what I should have done even before I joined the games industry was write down my plan and begin learning and mastering my skills in level design and script writing with a good design tool, and building a portfolio of work that would become part of my reputation. Also, I should have taken proper Japanese business language lessons, instead of just using an audio programme and learning to ask where the toilet is. If I had a plan for my video games dream, maybe right now I would be making the next Super Mario game from my office in Kyoto. Instead, I learnt from my failure and made sure that my goal to become a comic would be replete with perfect planning.One of the most helpful ways to start planning is to write your goal down and then work backwards, describing the step that would be required before the one ahead of it would be achieved. Project planners use this method to figure out how to release a product on a specific date. Working backwards allows you to set a goal and then build a plan towards it using a step by step method.

Each step must be broken down into individual details.Once you break down each individual step into as much detail as possible, you’ll be then presented with tasks or ‘mini-goals’ that you can readily achieve towards the journey of your main ambition. For example, I knew that in order to be considered for regular paid work as a comic, I needed a minimum of a solid 20 min set that promoters would want to book me for. I started out working towards a 5 min set, then built my set minute by minute until I got to 20. Then I started to compere, which expanded my skill set. Then after a combination of continuing to build my set minute by minute, joke by joke and developing my compering skills, soon enough my hour long solo show was born. Next thing I knew, I was on my first UK tour. Boom. 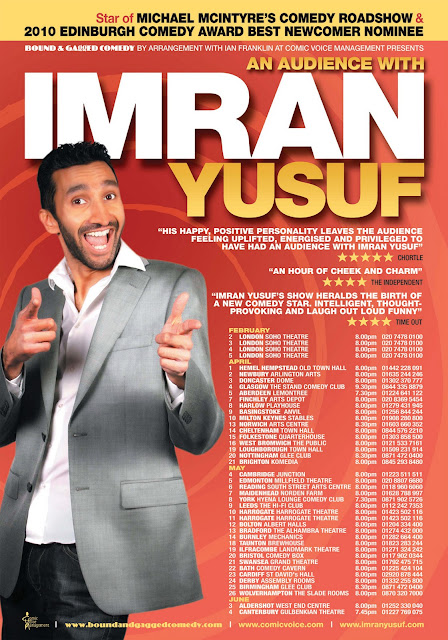