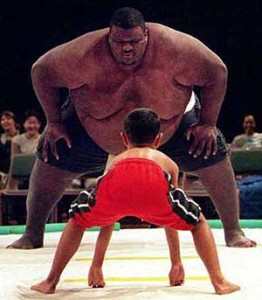 As many of you know, I am the poster child for positive thinking, motivational inspiration and all that jazz ever since this broken hearted ex-games tester earned his dream to become a stand-up comedian and play at the world famous Comedy Store alongside TV appearances and theatre tours across the UK and even across the world. I love what I do, I’m not “As big as Chris Rock” yet, but the progress this far is a far cry from earning minimum wage and working unpaid overtime like I once used to.

However, I have found that simple positivity and happy, bouncy awesomeness is impractical, and that it is essential to apply a practical science to your positivity if you are to have any chance of succeeding.

Positivity will lift your mood, make you feel happy, it will feed your ambitions and can make you feel invincible. This is great, but can be entirely painful when the practical side of your ambitions are not accounted for. Positivity is a fuel, and you could have a lot of it all stored up and ready to burn, but if your vehicle is not duly prepared and if you are unaware of the nature of your environment, then you could be setting yourself up for epic failure. Failure itself is not a bad thing, you can learn a lot from failure, but you can also learn a lot from the prudent observation beforehand.

Whilst you load yourself up on healthy doses of positivity, also scan the environment, business, industry etc and study how it all actually works. Every arena is made up of a multitude of facets, all intertwined in a complex economy where progress and money flow towards those who know how to make it work for them. This requires a lot of actual research, astute observations into the true nature and motivations of why it all works the way it does. You may find that it works in a way that is entirely unfair, but it is important to accept the facts as they are, even when they appear to contradict your own paradigms and values of fairness and equality. The truth is, a lot of business actually works in undesirable ways, but that does not mean that you have to compromise your values, but you must learn to navigate through such obstacles effectively.

Whatever your dream is, put the time into researching how the business actually works. Outside of the minutiae of the processes, you must remember that a lot of how you progress is dependent on the quality of the relationships that you have with people in business. Nepotism, favouritism and other perceived unfair advantages occur all the time, outside of those there is also the actual quantifiable value that you pose to another party. If you are simply good at what you do, there will be many others too similarly skilled. But if you have worked hard to make yourself truly exceptional and worthy of recognition based on skill and value, then the bonds you can expect to make with others in business is vastly improved. 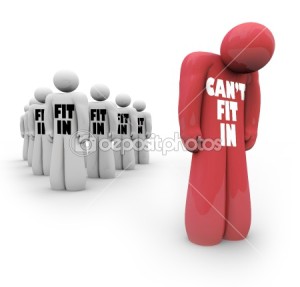 There is a reason to why something is not working for you, the reason might be entirely unfair, but the reason is still real and unless you address it effectively, you will be held back from progressing. You must be brutally honest with yourself, it might hurt your feelings, but if you can endure it, aim high and work hard, you can overcome your limitations and/or the prejudices of others who will scupper your progress. The area of personal limitations and expected prejudices is a topic for another time though.

I often think that the similitude of people are like the stock market is an apt one to do this subject justice. Every person is like a stock on the stock market, your value is based on how everyone around you perceives your worth. Regardless of your actual value, it is how everyone perceives your value that you exchange in the actual trade of selling yourself in whatever business you wish to operate. The way you look, your affiliations, your lifestyle all affect how people perceive you and in turn will at least initially treat you. You could be the right person for the job, but if you fail to sell yourself and look presentable, you could find that someone else with a more congenial appearance will beat you to it. This happened to a friend of mine, he was perfectly qualified and extensively experienced for a job as a Producer at a reputable video games company, but was told to his face that he would never be employed for that role because of his hair! He had long hair and looked like a bit of a hippy/rocker-type, which the company did not approve of for their production staff who were expected to represent a certain lifestyle and brand. They would be expected go about creating business with other companies, and didn’t want someone with a non-conservative appearance to do that. This is of course, unfair, discriminatory and illegal, but it was effectively covered up to avert any claim of unfairness, thus my friend was turned down regardless of his actual value on the grounds of his perceived value.

An example I can give from my own life is that right after the 7/7 bombings, if I were on any form of public transport and was carrying a bag, I noticed how people would stare at me. I’m a nice guy that would never want to hurt anyone, but the general public now gripped by the fear of domestic terrorism don’t know that. None of my fellow passengers knew that I am the kind of guy who once rescued a baby bird who had fallen out of it’s nest. My perceived value was not helping me and I knew that I needed to take responsibility and address this to help me not become a walking exclusion zone. I would simply open my bag and openly display that I was only carrying stuff for work and then take out my book or Nintendo DS. I could then see how others would relax. It’s a shame that is the way the world works, but it does, and the ability to recognise these kinds of dynamics and act upon them to your advantage are important life skills.

Correctly equip yourself in all areas of life, and study the environment with an astute and brutal honesty. Between those two virtues, you will have the skills and knowledge to apply your ambitions effectively and yield results whilst circumventing the obstacles that you might attract during the pursuit. I have learned this much from my own life, and further bolstered by an education from quality Anime like Naruto and Hajimeno Ippo (below).

Miyata is a small Japanese boxer, fighting Jimmy Sisfar; a much larger ex-Thai kick boxing champion. He is simply not strong enough to hurt his opponent, but is smart enough to observe his opponent’s fighting style and realise that his only chance to win is to wait on the window of opportunity where his opponent’s weight is on his front foot and then to land a perfectly timed counter punch to maximise the impact that he could do damage with. Despite being weaker, he was smart enough to still find a way to win.